TEMPLE, Texas – Temple Police say a thief got more than just a trailer when he hooked up to a trailer and left with it on Wednesday.

With the trailer he got two vintage cars.

Temple Police public relations spokeswoman Alejandra Arreguin said any information would help investigators lead them to the suspect. If they recognize them, give us a call.

Police are asking the public for help in locating the trailer or identifying the suspect.

Police were called to the 3300 block of North 3rd Street on Wednesday night at 10:47 p.m. and were told that a black 2018 Diamond Cargo trailer with the Texas license plate number 91016N had been stolen. The trailer contained a black 1925 Ford Model T Roadster and a black 1926 Ford Model T Coupe.

The suspect is described as a man in a white tank top, black shorts and white shoes. He is believed to be driving a Chevrolet Tahoe.

The victims were in town for a Model T show at the Frank W. Mayborn Civic & Convention Center. The total cost of the loss is $ 55,000.00.

Arreguin says the police department has no leads right now, but if the person is caught they will be punished.

“It is more than likely that he will go to jail or be charged with all the charges that need to be charged, and continue from there,” Arreguin said.

FOX 44 tried to contact the victims, but got no response.

Anyone with information is asked to call the Temple Police Department at 254-298-5500, or the Bell County Crime Stoppers at 254-526-8477. Callers with tips can remain anonymous.

Next Animations created by young people highlight the importance of consent 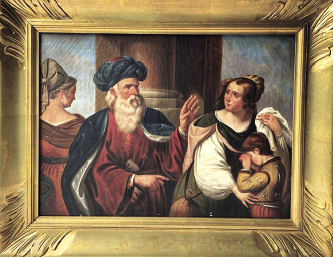