Sure, Röckët Stähr’s Death of a Rockstar is not a movie for everyone, but it is truly awesome and will definitely join the greats of rock animation. Imagine Tommy meeting Yellow Submarine with a little Rocky Horror performed by some of Heavy Metal’s biggest bands.

In the year 2164, when rock’n roll is banned, an underground rebel group, led by a mad scientist, attempts to spark a nonviolent revolution by awakening the docile masses via a cloned rockstar sent on a guerrilla tour. to “rock n roll free them from tyranny”. But they soon discover that the best-laid plans of mice and men often go wrong.

A devoted labor of love, the rock opera Death of a Rockstar is Röckët Stähr’s debut film and spanned just over thirteen years. As the filmmaker stated, there was no allocated budget, nor a pre-production process. Animation was her prime preference over her sister – claymation; as Stähr says, “this is fantastic!”

Musician, performer and songwriter, Stähr wanted a good filmmaker friend to write a story around a selection of his songs. But one day, while waiting for the metro to go to dinner with his wife, the story struck him like lightning! The metro came and he got on, and by the time Stähr met his wife, maybe twenty minutes later, he knew exactly which of the songs he already had would go perfectly with maybe 70% of the scenes. Stähr knew he would have to write new songs to fit the sections of the film, but he either had finished songs, or ideas, or other unfinished songs, which would work perfectly in almost any scene he had. on your mind. About 85% of what Stähr thought in the metro is what is in the final film. He changed a few key ideas and of course the movie fleshed out a lot more, but that basic story structure of what this movie would be like came to him just as quickly.

Stähr approached animation houses and freelance entertainers while he was still recording music. Initially he sent the original script and some demos of some songs. People responded well to the material, but were like “Sure we can do that, if you’ve got multi-million dollars!” By the time he finished recording the music, Stähr decided to try to illustrate a few scenes and draw characters to send to the investors. He bought the Toon Boom Animate software, now Toon Boom Harmony, to do some illustrations on his computer. To draw, he used a Cintiq monitor and his iPad as a second, smaller monitor that he connected to his Mac Pro computer using an app called Duet. In short, Röckët Stähr ended up animating the whole film on his own!

The first song from the movie Death of a Rockstar is actually about David Bowie’s last performance as Ziggy Stardust. Stähr came up with the idea after reading an old interview with him in the ’70s about why he had to “kill” Ziggy, so to speak, if he ever wanted to be free as an artist. And how, ironically, the character was originally a way for him to be free as an artist – hence the film’s lyrics, “a prison now what started as a way for him to be. free”. Stähr reused it for the opening scene of the film and hasn’t changed a word. Apart from that, he first wrote the structure of the film. He wrote how many scenes there would be – 26, then wrote which songs he already had that would work for each scene, which had ideas but had to end, and put a question mark where he needed to write. something from scratch.

Stähr wrote and recorded all the music in about five years; the animation lasted almost eight years. When animating, he largely ignored the script and chose to just animate freely. Röckët Stähr let the music and the atmosphere guide him every day with all the ideas that came to him at the moment. Stähr was just following where his mind was going and didn’t question it much apart from making sure he hit his points at the end of the scene. A few scenes stick quite closely to the script, including the opening one, but others, like the entire ending, are nothing like what he wrote in the script.

A fun way for Röckët to overcome a creative challenge during the animation phase was to trust his creativity to match two scenes. There was the scene where the character Ronnie Waye is on a cliff at the end of the song. In the scenario, she is on a beach by the water. Röcky Stähr is supposed to join her at the start of the next song. Stähr must have thought about how he was going to get the character from a beach to the top of a cliff in seconds. He thought to himself, “Well, this is animation, anything is possible, and the song is called Umbrella”, so Stähr made him remove umbrellas from his massive hair and the wind from the torrential rain. carried him to the cliff. !

Self-taught composer, Röckët Stähr has arranged all strings, horns and wind instruments played by real and excellent musicians. He has recorded at Threshold Studios and NY Hed, New York. Stähr played piano, bass, guitar and sang all parts except the Ronnie Waye part, which was sung by Abby Ahmad. He has also recorded drums and piano at Threshold Studios; the song Cinderella Suicide was recorded in NY Hed. All guitars, bass and vocals were recorded in his apartment directly into Protools.

Because the whole project took thirteen years from start to finish, during this period the home recording equipment got better. By the time Stähr finished the animation, he wanted to update his equipment and software and re-record all the guitars, bass, and vocals. The piano, strings, horns, winds did not need to be re-recorded as they were all performed in professional quality studios and sounded great, and Abby did not need to be re-recorded, her part was actually the last thing recorded. Stähr didn’t want to do all this re-recording – it took a long time and it was a bit of a nightmare, but he just knew it was the right thing to do, and he’s glad he did. He used Protools as a digital audio workstation, but for plugins (compressors, EQs, reverbs) Röckët mainly used Universal Audio plugins. The filmmaker finds them incredible for reproducing vintage material, which he loves; he always opts for a vintage or classic sound for his music. He used some Waves plugins. His monitors are Adam A7s.

Röckët Stähr’s biggest cost was time. Because he chose to work with top-notch instrumentalists, he had to save several months between studio sessions to be able to afford the next. There were engineers during the studio sessions, and the mastering engineer who mastered the final mixes of the music. It was pretty much the crew other than Stähr.

The biggest challenge for Stähr was learning to mix his film in a few months. Without formal training, the filmmaker worked in a considerably less than ideal space, his studio. The tracks were dense and he was struggling. The strings, horn and wind parts were played by a handful of musicians whose pieces he doubled several times to achieve a more orchestral sound. Röckët Stähr sang each part of these choir parts one by one. There are probably close to a hundred tracks on a lot of these songs. The filmmaker almost gave up – he couldn’t believe how difficult he was having. But to have twenty-six dense tracks professionally mixed, would cost him a fortune and couldn’t afford something like that. Stähr just pushed forward and understood. Then he works with Joe Lambert who masters his mixes.

In the meantime, Röckët Stähr is working far! He always writes more. Stähr would love to do another rock opera, or even a rock opera miniseries or something like that. The songwriter and musician is open to collaborations. If you would like to team up and direct a live action film or an animated film, contact Röckët Stähr.

Visit https://winterfilmawards.com/wfa2021/ for tickets and information.

Previous The King's Cup, lost since 1835 and found by an antique dealer in Lymington, on sale at Chelsea Antiques Fair for £ 78,000

Next Pietra di Bilbao: timeless beauty for walls and floors

This spooky AI tool lets you animate your ancestors 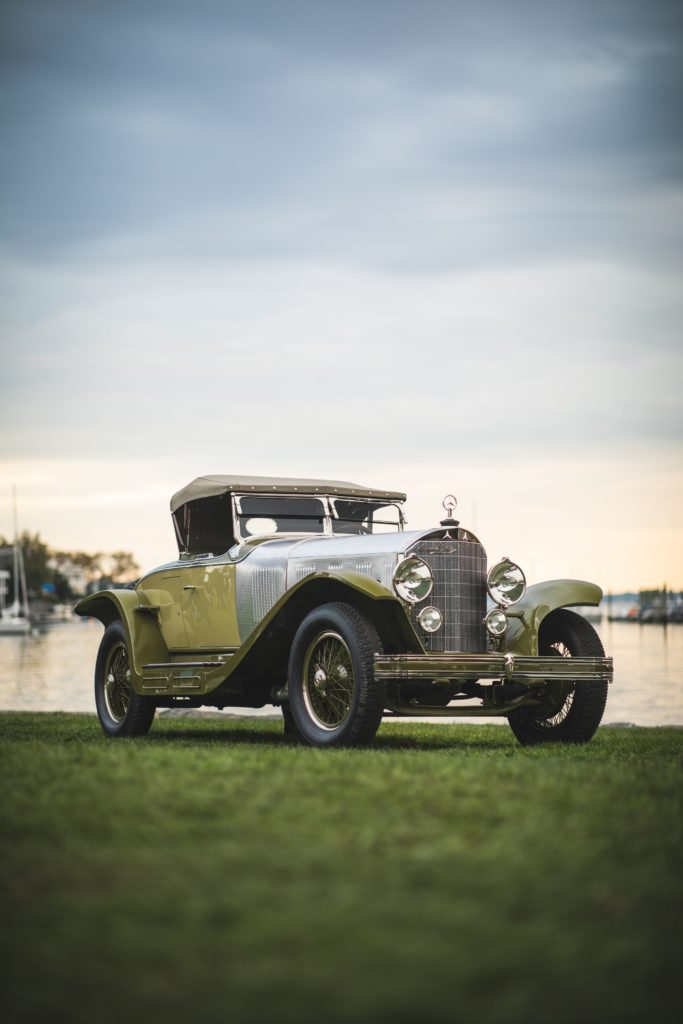